Delays in getting an accurate diagnosis for a rare disease is very common. Patients would visit a physician, present their symptoms, and then they would be told there is nothing wrong with them. They’d visit another one, would be referred to a specialist, and then get some tests done only to go back to square one after a few months. The same process would be repeated until eventually, years have already gone by and they still don’t know exactly what it is they are suffering from. On average, rare disease patients are in “diagnostic limbo” for seven years before getting an accurate diagnosis.

Some factors contribute to the difficulty of acquiring a proper diagnosis quickly. In an interview with Technology Networks, Rare Disease UK Chair Dr. Jayne Spink explains that “[i]t is impossible for any single healthcare professional to be knowledgeable across the whole range of possible rare disease diagnoses.” Aside from this, “[r]are diseases can also look similar to more common conditions, or present in an unusual way, meaning that the underlying cause of the patient’s condition might be overlooked or mistaken.” [1]

Diagnostic delays undoubtedly cause adverse impacts on patients. Many rare diseases still don’t have available treatment but even for those that have, patients would not be able to avail of them without a proper diagnosis. Worse, many individuals undergo costly unnecessary procedures because of a misdiagnosis.

Rare disease patients also suffer from the social, emotional, and psychological impacts of not having an accurate diagnosis. For instance, one of our members, Michelle, experienced difficulty swallowing and saw ten different doctors who all said it was all in her mind. Her symptoms got worse and lost 20 pounds in only two months. She had to take an antidepressant and muscle relaxers so that she could continue taking care of her kids. Later on, she was diagnosed with Eagle Syndrome and the calcification on each side of her neck that was causing her the difficulty was removed.

This blog discusses some efforts to speed up the process of providing a diagnosis for rare diseases. The examples presented in this blog are by no means complete and there are projects in other countries that won’t be mentioned.

The past few decades saw an increasing number of efforts aimed at speeding up the diagnosis of rare diseases.

In the United States, offices under the National Institutes of Health (NIH) such as the National Human Genome Research Institute, the NIH Clinical Center, and the Office of Rare Diseases Research (ORDR) established the NIH Undiagnosed Diseases Program (UDP) “to help provide diagnosis and treatment for patients with unknown disorders” [2].

This program has since been expanded in 2012 to include seven clinical sites, core laboratories, and a coordinating center, forming the Undiagnosed Diseases Network (UDN). After another expansion in 2018, five clinical sites and new research cores were added to UDN. They have also created an online portal called UDN Gateway where Individuals who are interested in participating in the study can submit their applications.

People living in Australia, on the other hand, can take advantage of the Rare and Undiagnosed Diseases Diagnostic Service. This service is provided through the Genetic Services of Western Australia which, due to its decades long experience in clinical genetic care, has already created an integrated diagnostic system in collaboration with other service providers [3].

In Japan, the Initiative on Rare and Undiagnosed Disease (IRUD) was launched in 2015 by the Japan Medical and Research Development Agency (AMED). IRUD is a clinical research program that “aims to support the diagnosis of patients with undiagnosed disease via data sharing and promote research into pathology that may lead to the development of new treatments and therapies.” [4]

To achieve this goal, the program started with bringing together a research consortium with participants from across the country that would then build a nationwide integrated diagnosis system as well as create databases that are compatible with those outside Japan. As early as December 2016, the program has already accepted 2000 undiagnosed registrants. [5] 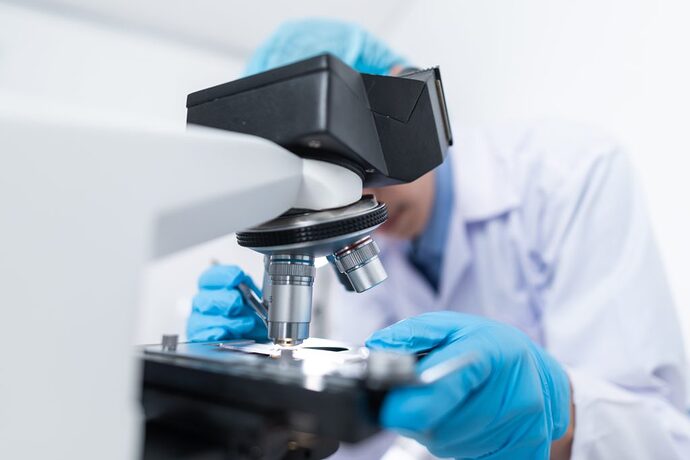 There are also important advancements when it comes to the tools that can be used to easily identify a rare disease. One example is FindZebra that was launched in 2013 in Copenhagen by Ole Winther, Mads Emil Matthiesen, and Dan Svenstrup.

While FindZebra can be easily accessed online, the team behind it reminds users that it cannot be held liable for any repercussions associated with its use.

Physicians and other professionals are the intended users of this tool where they can enter information such as symptoms and physical examination data like blood pressure. Search results include information about possible diseases as well as a list of pertinent genes.

Aside from FindZebra, an algorithm was developed by a team of professors at Stanford University that could accelerate rare disease diagnosis. Dubbed as Phrank, which is short for phenotype ranking, this algorithm speeds up the matching of a patient’s list of symptoms and genetic sequence to a specific disease. [6]

Based on their article published in Genetics in Medicine, “Phrank’s greatest improvement is in disease space, where across all 169 patients it ranks only 3 diseases on average ahead of the true diagnosis, whereas Phenomizer ranks 32 diseases ahead of the causal one.” [7]

Finding out the cause of symptoms an individual is experiencing as early as possible is very crucial. It helps patients to quickly avail of treatments when possible and avoid all the unnecessary burden that goes with misdiagnosis. Hopefully, more and more efforts will be done so that individuals suffering from rare diseases would no longer experience the diagnostic odyssey that rare patients usually go through.

Ben’s Friends is a network of safe and supportive online communities for individuals affected by a rare disease. You may check our list of communities here. If you think you would benefit from any of our communities, we invite you to sign up as a member.