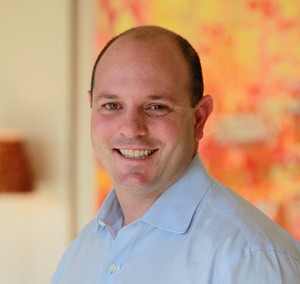 Titled What’s Your And?, the podcast focuses on the guests’ interests or what they love to do outside of their job and how these interests affect their work.

In the episode, Scott talked about his volunteer work at Ben’s Friends, which is what he enjoys when he’s not doing work at Kruze Consulting, the accounting firm he and his wife has founded.

Scott shared how Ben Munoz suffered from an arteriovenous malformation stroke, looked for other people who have also had AVM, and when he was not able to find them, set up the AVM Survivors community which eventually led to their founding of Ben’s Friends.

Scott recalled how in the early days of the organization, at the time when people were still scared of the internet and of influencing medical decisions, the members would be empowered to talk about their symptoms to their doctors and eventually get proper diagnosis and treatment.

For Scott, there’s nothing better than being able to change people’s lives. “If you think about all those people who are just benefiting from the social connections and sharing, it’s really powerful,” Scott said.

Scott also explained that what they have learned in Ben’s Friends, particularly how the internet works, was very instrumental in their business.
To listen to the podcast interview with Scott, click here.